I was a big fan of Death Note. I used to read the manga/comics at the library when I was younger. The plot and characters blew my mind. :) 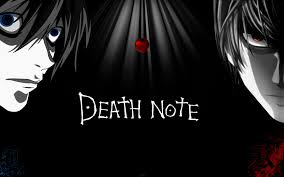 My favourite character in the manga was L who is a detective.(image found at google.com) 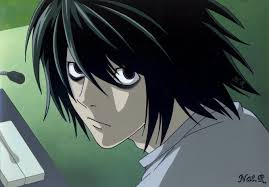 Since L is my favourite, I wanted to crochet an amigurumi version of him, but his hair was too spikey and complicated for me to crochet, so I decided to crochet Light who had much easier hair to crochet. :) (image found at google.com) 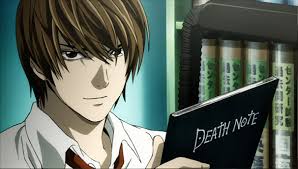 Before making Light, I sketched him out on a piece of paper: 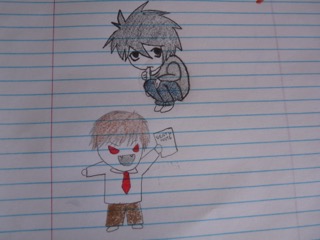 This was my first sketch of both Light and L, but I changed, Light's sinister look to a cuter look instead: 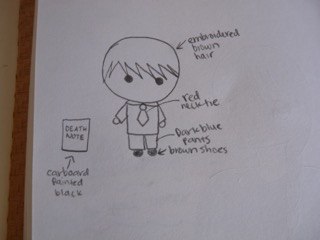 I used tan, white,blue,brown, and red yarn, and my 3.75mm crochet hook to make Light 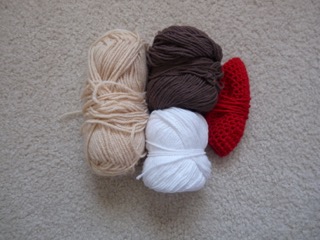 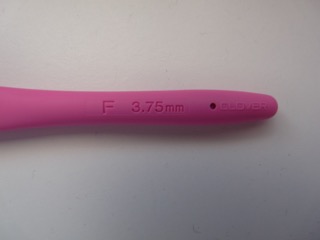 I started off by making the head: 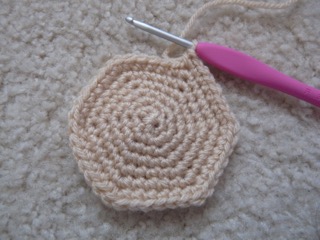 Then, I attached the eyes 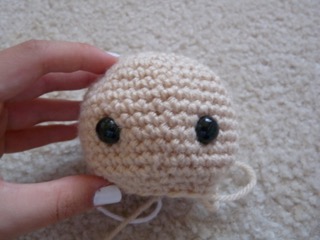 And since I am lazy, I did not want to make Light's head and body separate then sew them together, I crocheted  both the head and body as one big piece. 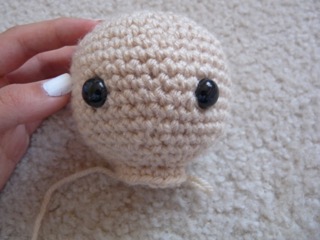 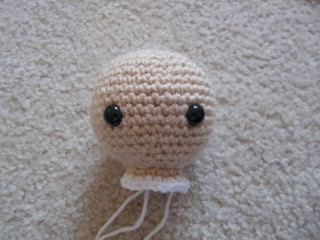 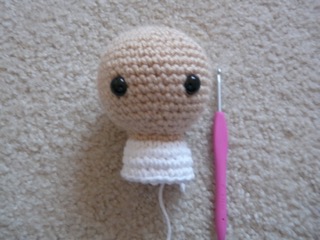 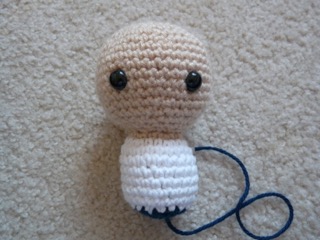 Next, I made Light's limbs and then sewed them to the body: 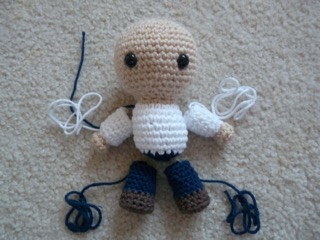 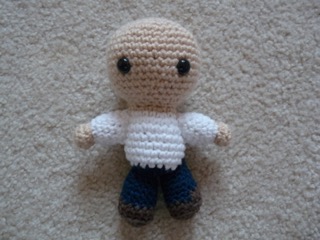 Next came the hardest part: the hair. It took me an hour and half to embroider the hair to Light's head, but it was worth it: 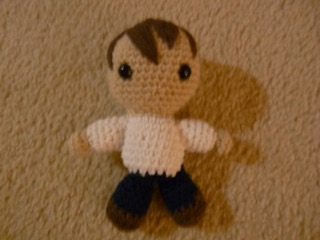 With the help of my dad, I made Light's signature red neck tie, and my dad tied it on for me since I do not know how to tie a neck tie. :P 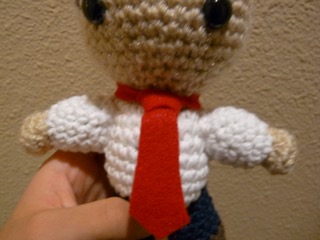 The final step was to make Light's Death Note. First, I cut a rectangle shaped piece of cardboard, then painted it black and wrote "Death Note" on it with white paint: 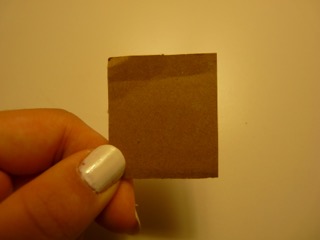 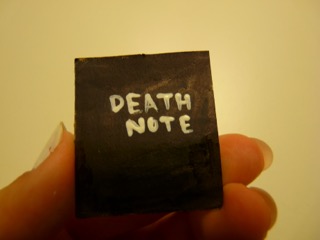 Then finally, I used a glue gun to glue it to Light's hand: 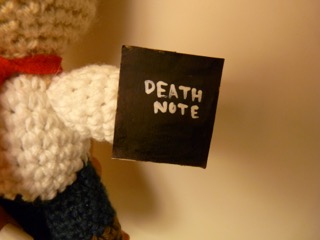 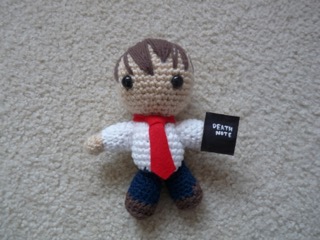 I hope you liked this post! :) It has been a very very long time since I posted something on this blog. I hope to post more soon! Maybe I will make L and post him later! :)

Till next time, Happy Crocheting!