A Little Mermaid was one of my older sister's favourite movies. She thought Ariel was the prettiest Disney princess. For her birthday, I made her a cute amigurumi mermaid. :) 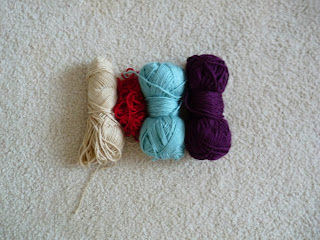 I wanted to crochet the head, body, and fish tail together as one piece I crocheted the head and worked down. 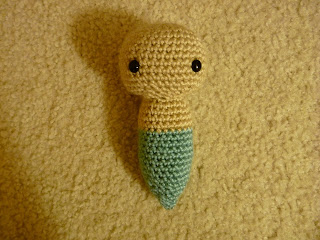 To finish off the tail, I crochet the fin by making two triangles. 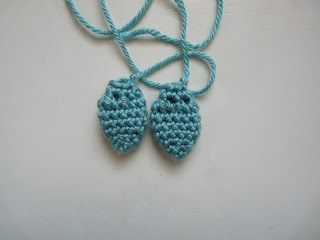 After I finished the head,body, and tail, I crocheted Ariel's arms and sewed them to her body. 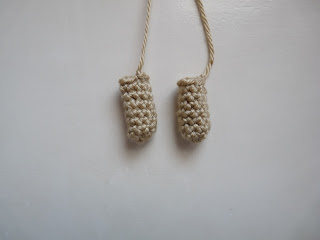 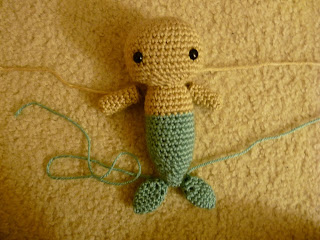 Finally, to make her hair, I first grabbed some red yarn and embroidered the mermaid's bangs, then I made her hair by attaching multiple strands of red yarn to the head. After I was done, I trimmed the ends a bit because they were uneven. 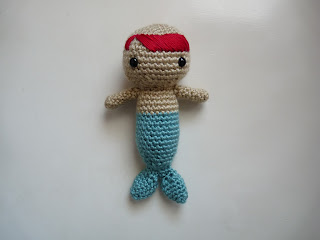 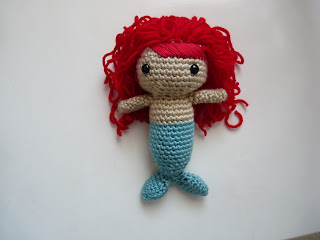 After weaving in the loose ends, I finished Ariel off with her purple seashell bikini top by embroidering it on her chest. Ariel is done! :D 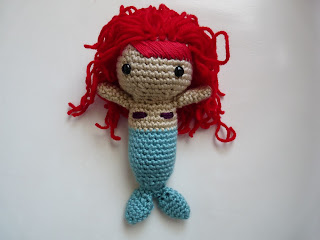 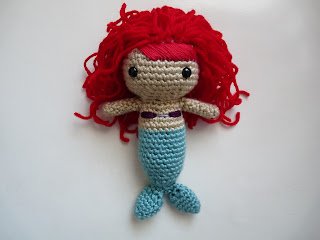 Here is the pattern:

Finishing
Sew the arms to the body and sew the fins to the bottom of the tail. Embroider her bangs with red yarn, then attach multiple strands of red yarn to the top of her head (if you are having trouble attaching the hair to the head, here is a great tutorial http://www.thefriendlyredfox.com/2016/09/how-to-attach-hair-to-crochet-doll.html). Note: The hair on my Ariel is curly, because I used yarn from an unraveled project.
Embroider several horizontal stitches to make her seashell bikini top.
Weave in all loose ends.